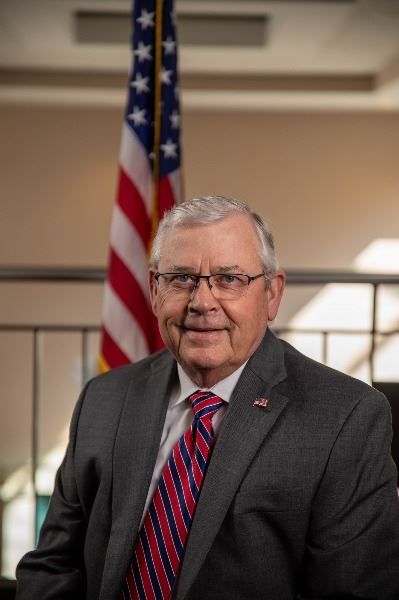 Daughtery was born in Atlanta, Georgia on June 22, 1950, to William H. Daughtery and Mary Camp Daughtery. He spent his early years living with his grandmother in Watkinsville, Georgia. After his grandmother was no longer able to care for him and his three brothers, Joe was taken to Thornwell Orphanage at the age of 12 where he lived until he graduated high school. Daughtery was a member of the Key Club, Beta Club, Student Body President, Eagle Scout, and graduated Valedictorian of his class in 1968. After high school, he spent his freshman year at Presbyterian College with some courses at Georgia State University.

He has been married to his wife Joyce for 48 years and resides in a townhome community in Goldsboro. However, he does try to get away to his vacation home near Beaufort, NC as often as possible. They have three children and five grandchildren.

Commissioner Daughtery has served on the following Boards and Commissions: Wayne County Hospital Board, DSS Board, Chairman of Wayne County Transportation Committee, RPO, MPO, Elections Board Liaison, Chamber of Commerce Board, Wayne County Travel and Tourism, Highway 70 Corridor Commission, and Appointment Committee. His proudest accomplishments while serving on the Board include constructing the Maxwell Center, naming U.S. 70 and U.S. 117 as future interstate highways, and planning and construction of five new schools in Wayne County. While all these accomplishments are impressive, his number one accomplishment continues to be raising his daughters.