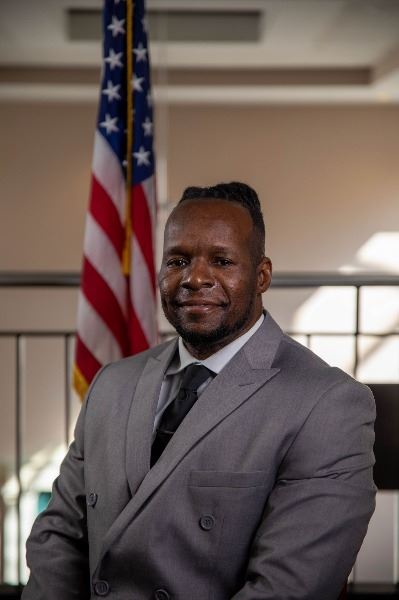 Commissioner Foster was elected to the Wayne County Board of Commissioners in November 2020 as the commissioner for District 3.

Bevan Julius Foster, a lifelong Goldsboro resident was born and raised in Goldsboro, NC where he currently resides. Bevan is the proud father of one son. Bevan is a proud 1995 graduate of Goldsboro High School where he is often found volunteering and giving back. Bevan began his collegiate career at Saint Augustine University and transferred to East Carolina University for a track and field scholarship before ultimately graduating from NC Weslyan College with dual bachelor's degrees in Psychology and Criminal Justice. In 2015, unhappy with the state of local affairs, Bevan decided to become the change he wanted to see. In his first foray into local politics, Bevan was overwhelmingly elected to serve as a City Councilman for District 4 from 2015-2019 where he was unanimously voted to serve as Mayor Pro Tem in his first year of service by his fellow board members. Currently, Mr. Foster works as a Qualified Substance Abuse counselor, a Licensed General contractor and is a Registered Real Estate appraiser trainee. Mr. Foster enjoys volunteering with the youth in his free time and is excited to expand his ability to help more citizens of the city he loves most.
Agendas & Minutes
Pay Taxes
Careers
Adopt a Pet
Library
Sheriff's Office
Government Websites by CivicPlus®
[]